based on the novel The Revenant by Michael Punke

The original version of this review was published in the online magazine Examiner in 2016. 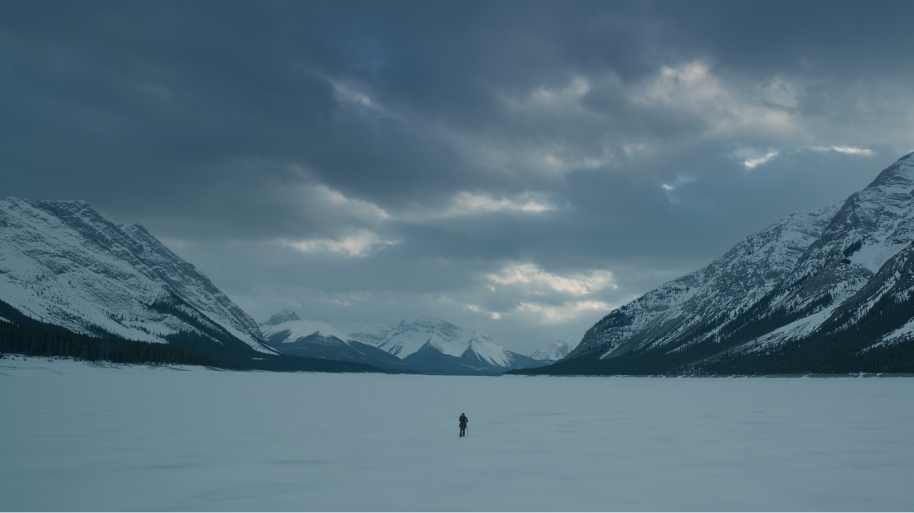 The Revenant takes place in the America of the early 1800’s and is based on the real-life travails of frontiersman Hugh Glass. Glass is a fur trapper who finds himself fighting for his life when Arikara Native Americans attack and kill most of his hunting party. He’s able to escape with a small group, but soon has to face more suffering as he’s mauled by a grizzly bear (an amazingly realistic sequence), his half-native son Hawk (Forrest Goodluck) is killed in front of him by greedy hunter John Fitzgerald (Tom Hardy), and he’s left for dead in the freezing backcountry. What follows is the story of how he survives – or rather, wills himself back to life – in order to hunt Fitzgerald down and get his revenge.

In man-against-nature films it is imperative for the audience to connect emotionally to the main character – to feel the pain he’s going through, to be wholly invested in whether or not he will make it out alive. This, of course, is no easy task. And while DiCaprio is fine, he never reaches that level of empathy you feel when Chuck Noland (Tom Hanks) starts to speak to a volleyball named Wilson in Cast Away (2000), or when Aron Ralston (James Franco) wrestles with the decision to cut off his own arm so he can break free from a boulder in 127 Hours (2010).

I think part of the problem may lie in the fact that Glass barely talks (he physically can’t, due to the grizzly wound to his neck), so DiCaprio has to rely on body language alone. That’s very hard to convey, and it doesn’t help that director Iñárritu is more concerned with technical eye candy – the aforementioned bear attack, long tracking shots, horses falling down cliffs – than on what Glass is feeling. Cinematographer Emmanuel Lubezki shot the film completely with natural light, but as Iñárritu tries to go for the poetic emotional atmosphere of Terrence Malick (Lubezki has repeatedly worked with Malick as well), he mostly lands at overblown.

There are some good visuals in The Revenant: Majestic mountain ranges, savage rivers, a herd of bison trying to escape a pack of hungry wolves, white snow coated red with the blood of men. And Tom Hardy once again proves he’s a force to be reckoned with. The moment he walks on-screen and utters his first words, eyes ablaze with wild unpredictability, you can’t take your eyes off him. It’s a high-wire act, and Hardy just nails it. Yet to me, this story of vengeance and redemption – of a man rising up from the shadows of death – needed more intimacy and less distance.

As for DiCaprio? He’ll most certainly get his gold statuette. But Hardy’s the one who shouldn’t be ignored.