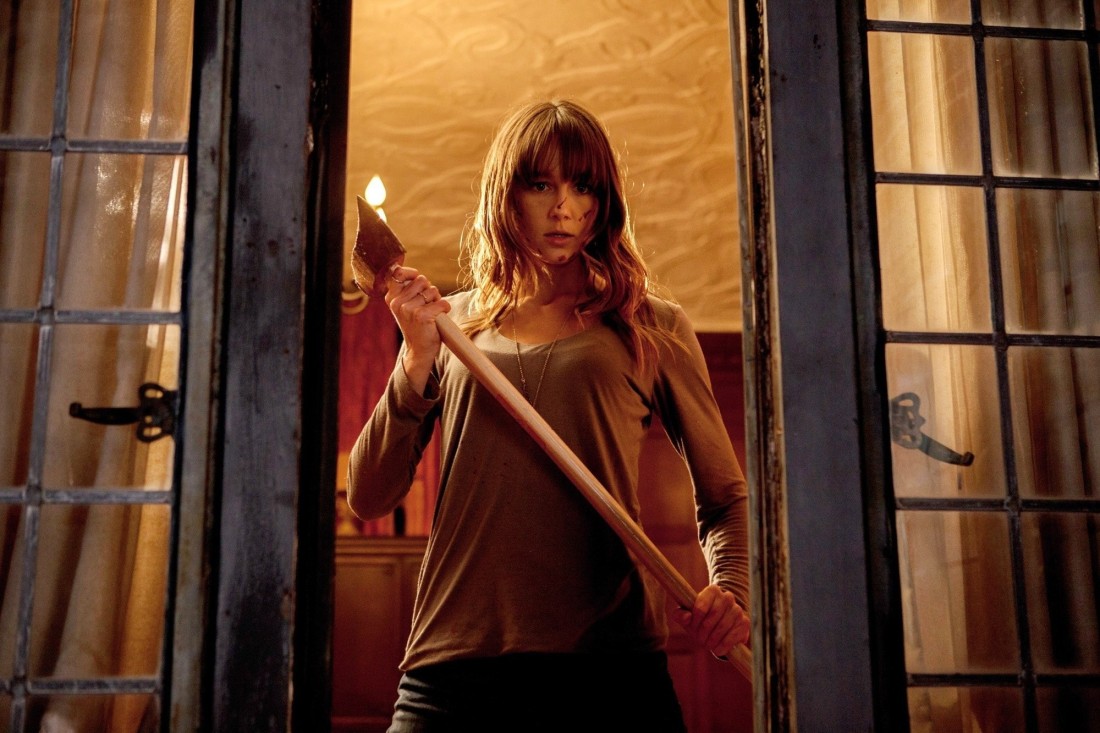 Anyone who wants to make an effective, suspenseful slasher film should watch The Texas Chainsaw Massacre (1974) and Halloween (1978). Otherwise, you’re just wasting your time. You’re Next is a home-invasion thriller that makes little sense, beginning with a group of killers who, after each murder, use the blood from their victims to paint the words “You’re Next” on the walls (how they have the time to do this or why they’d even go through the trouble is never explained). Future victims in line see this message and react in the only way they can: By making more stupid decisions that result in their deaths. We’ve seen it all before. Despite an attempt at dysfunctional-family comedy and a (sort of) surprise twist halfway through, You’re Next is just one more lazy horror pic.
Carlos I. Cuevas