written and directed by Chris Marker

It’s nearly impossible to describe the experience that is watching Sans Soleil (English title: Sunless), Chris Marker’s 1983 film that is equal parts documentary, travelogue, philosophical essay, and experimental motion picture. Shot primarily in Japan and Africa, the narrative consists of a juxtaposition of images commented on by a female narrator reading from letters a cameraman friend (Marker himself) has sent her. The cameraman muses about the happiness of children in Iceland, political and class struggle in Tokyo, Amílcar Cabral’s nationalist movement, and the San Francisco locations used by Alfred Hitchcock in Vertigo (1958). There are also references to Andrei Tarkovsky, Modest Mussorgsky, and Jean Jacques Rousseau. Whew. 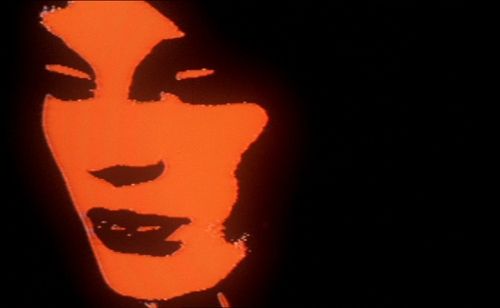 It sounds complicated, and it is. Marker was a known Marxist, a journalist with the mind of a philosopher, a filmmaker interested in big ideas and experimenting with how to convey those ideas. Sans Soleil is also preoccupied with his regular obsession, also present in his seminal work La Jetée (1962): The unreliability of memory and the way images, either recalled or photographed, are ultimately a distortion of history. In essence, it’s a deconstructionist work, both in terms of its denial of conventional narrative structure and in its openness of meaning.

At one point the images are fed through a video synthesizer, effectively stripped of their original context. It’s haunting. I’m not sure I get all the intellect behind Sans Soleil, but that’s fine. Largely abstract and hypnotic, it’s carried by a flurry of thoughts and impressions that linger in the mind long after the last frame.