I have worked most of my adult life in the television business, and I can categorically say that it’s mostly made up of people who are not all there. Some may be a bit eccentric, others completely off their rockers, but most exist in a netherworld where artistic inclinations clash against business forces in a daily surrealist battle. And let’s not forget all those – way too many – who climb the corporate ladder with little or no knowledge of what they are doing. I have seen my share and I’m sure you have as well, responsible for many meetings where the only thing decided is the best time for the next meeting.

W1A is a British comedy series that spoofs the daily grind at the BBC (British Broadcasting Corporation). Best of all, it’s made by the BBC and filmed at the BBC, resulting in a crazy meta commentary unlike any other TV show I can think of save for maybe 30 Rock (2006-2013), which took place at the NBC Studios in New York City. However, unlike that American counterpart, W1A feels real, showing the day-to-day cluelessness of the BBC in a matter-of-fact way (how much of it is true is unclear). 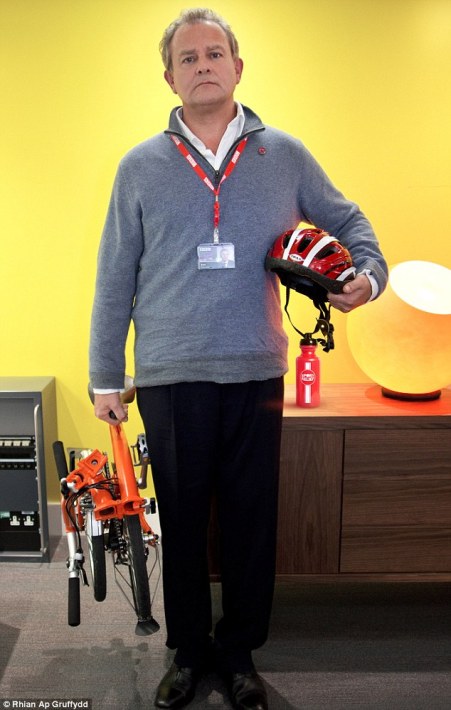 The story revolves around a team of executives with ludicrous titles like Director of Strategic Governance, Head of Inclusivity, and Director of Better (none of them too far from existing positions, I’m sure) who pretty much accomplish nothing for the network. For Ian Fletcher (Hugh Bonneville), the newly appointed Head of Values, it is painfully evident that no one here knows shit from Shinola – and what’s worse, the more he tries to fix things the more convoluted they become, from a disastrous attempt to welcome Prince Charles to the BBC offices, to dealing with lunatic bimbo/Brand Consultant Siobhan Sharpe (Jessica Hynes) and her Twitter feed.

To me, the best part of the show is its refusal to stick to a conventional plot that builds towards a specific climax. By the end of its eight episodes, all the absurdity about Way Ahead Task Forces and Cross Parliamentary Inclusion Action Watch Dog Groups remains as obtuse and incomprehensible as it started… just like in a true-to-life corporate environment. Writer/Director John Morton has said he wants to bring back W1A for a third season. I’m not being funny or anything, but that would be brilliant indeed.

Thanks to Simone for the recommendation.